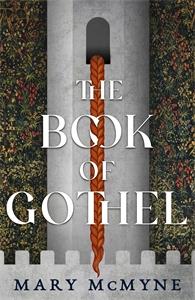 The Book of Gothel

Everyone knows the story of Rapunzel in the tower, but do you know the tale of the witch who put her there?

Enter a world of dark magic, mysterious woods and evil princes. This is the truth they never wanted you to know, as only a witch might tell it.

Haelewise has always lived under the shadow of her mother, Hedda - a woman who will do anything to keep her daughter protected. For with her strange black eyes and even stranger fainting spells, Haelewise is shunned by her village, and her only solace lies in the stories her mother tells of child-stealing witches, of princes in wolf-skins, of an ancient tower cloaked in mist where women will find shelter if they are brave enough to seek it.

But when her mother dies, Haelewise is left unmoored. With nothing left for her in her village, she sets out to find the tower of legend-a place called Gothel, where Haelewise meets a wise woman willing to take her under her wing.

But Haelewise is not the only woman to seek refuge at Gothel. It's also a haven for a girl named Rika, who carries with her a secret the Church strives to keep hidden. A secret that just might explain why Haelewise keeps hearing her mother's voice.

The Book of Gothel is a lush, enchanting retelling of the tale of Rapunzel from the witch's perspective, perfect for fans of Circe and The Bear and the Nightingale.

Praise for The Book of Gothel:

'Both gently and fiercely told, The Book of Gothel is a sweeping, sharp story of how history twists into fairytale and back again' Hannah Whitten

'The Book of Gothel is wonderfully rich with historical detail, and sparkles with the intermingled magic of gods and goddesses, seers and wisewomen. Haelewise is a memorable heroine, worthy of legend. Readers will see the story of Rapunzel in a new and refreshing light.' Louisa Morgan

'Fable and history rhyme in McMyne's captivating vision of a medieval past steeped in women's magic and bound by women's love.' Jordanna Max Brodsky

Mary McMyne has won the Faulkner-Wisdom Prize for a Novel-in-Progress a National Endowment for the Arts Parent Fellowship to Vermont Studio Center and an award from the Sustainable Arts Foundation which allowed Mary to travel to Germany to conduct research. She has widely published stories and poems in venues like Redivider Gulf Coast Strange Horizons and Apex Magazine and her debut fairytale poetry chapbook Wolf Skin won the Elgin Chapbook Award. She is a graduate of the New York University MFA Program and currently an Associate Professor of Creative Writing at Lake Superior State University.